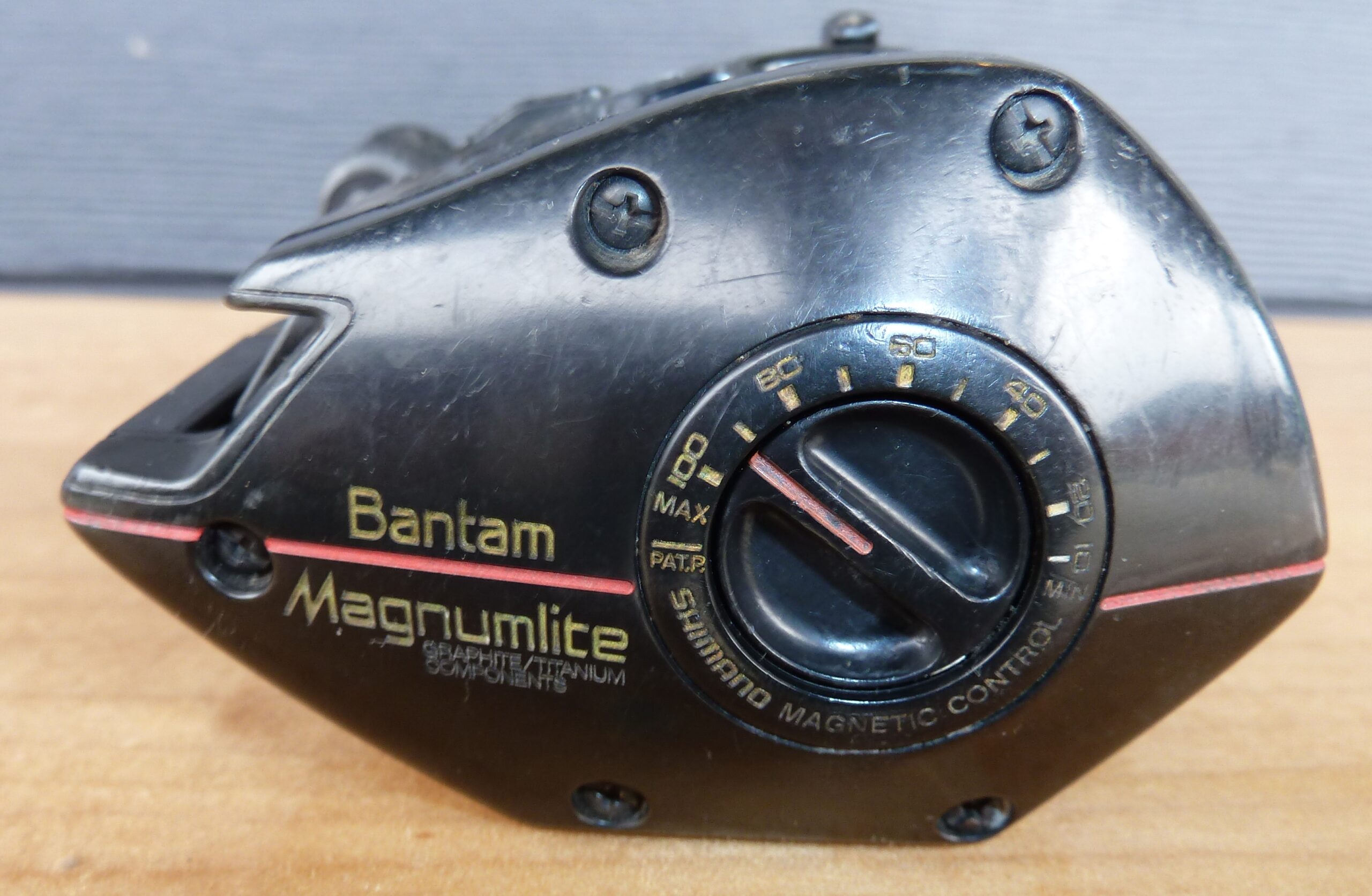 This particular one has seen some hard use! For starters, the reel foot was broken off on one side! Since this part was discontinued by Shimano over a decade ago, I was very concerned about finding a new or even a used one. I was able to locate a new one and even for a reasonable price! Like Many fishing reels, I don’t recommend “home” repairs on this reel. There are several small springs and other parts that can be problematic for losing them and then re-assembly and having the reel work correctly. After installing the new reel foot, a couple of additional problems became evident. The reel still had the original fiber drag washers that were compressed, worn, and in one case “welded” to the metal washer. these fiber washers were removed, and all metal drag washer surfaces polished to remove dirt, rust and other irregularities. New Carbon fiber drag washers were installed. This reel has a “power” lock on the drag assembly that locks the drag when desired. This system is a slightly complex assembly of slides, dogs, springs and washers that lock the main drive gear and disables the ability for the drag assembly to all slippage in the drive. A “dog” in this system was rotating with use and then would not allow the drag system to be re-engaged. Lastly, I discovered that the casting control cap was cross threated and there was no adjustment available. All of these issues were fixed, and the reel will have many more years of fishing memories!

Now here is a Fishing Reel restoration that you will not see every day! This rod (if you can call it that) and reel combo was very popular in its day! I cleaned it up, put on some new line, replaced a couple of rusted nuts and installed a new carbontex drag washer. Tuned it up and cast 35′ on the first test cast! Pretty impressive! Perfect for a 7-year-old grandchild to cast off a dock! How fun! Go Make those memories!

What goes into a blog post? Helpful, industry-specific content that: 1) gives readers a useful takeaway, and 2) shows you’re an industry expert.

Use your company’s blog posts to opine on current industry topics, humanize your company, and show how your products and services can help people.

Shop with Confidence! We recently were directed to a new platform! We are working to get all of the bugs out! We process orders in under 24 hours or less, except on holidays! We are adding product images daily. Want a picture before purchase, let us know! Info@fixmyreelnow.com. Dismiss